“He who fights with monsters might take care lest he thereby become a monster.” – Friedrich Nietzsche

With audacious style and almost impossible fluidity, Geralt of Rivia, Witcher and monster slayer took out his silver sword, looked straight into the eyes of the wolf and stroke it down in one fell swoop. He scavenged the corpse, skinned the beast and walked on, leaving the pink, sinewy body behind.

Many games in recent times have brought about the tendency to examine what constitutes the monster in a game. Video gaming, as a medium, usually presents its characters in an effective black and white cloak; you are the hero, he, she, or it is the villain. You are normally tasked with fighting on the side of men, helping the good triumph over the evil by slaughtering tens upon tens, hundreds upon hundreds, even thousands upon thousands of enemies in the ever increasingly glorious quest to kill relentlessly until your heart gives out.

Now, admittedly, the process is understandable in certain scenarios. Halo’s John-117, for example, isn’t going to back away from destroying weaker enemies because he has to consider the psychological ramifications (although it would be nice for him to consider that which he shoots), but other games, particularly those involving RPG and open world elements, provide situations where you hack, slash and stab your way through slimy, smelly, misunderstood creatures simply to please some fat cat back in the local town who wants the meat of a creature to provide the nobles with local delicacies. The Witcher is an excellent case in point. An incredibly deep, well-thought out, occasionally politically inclined RPG that features a main character whose function in society is to kill miscreants. He scythes through these abominations without remorse, manufacturing coin through their demise and yet he’s not the one we consider a monster.

It works across the entire spectrum of culture. Beasts are naturally assigned to the monster category, whilst some trollop of a silk-haired hero gallivants after them, generally for pride or the affections of others. In this day and age, one of intellect and stimulating analysis, it’s not acceptable for labels to be so open and obvious. The hypothetical grey area of man or monster is something borne of intrigue and mystery. In film, we’ve been exposed to the wonderfully poignant characters of Frankenstein’s Monster and the Golem, both of whom have been horribly misunderstood but persecuted because of their appearance. Perhaps more iconic is the Elephant Man, who has the visage of a horror show participant, while his inner-self is blessed with love and compassion; someone who wants nothing more than to be human through actions rather than to be judged by physical appearance. 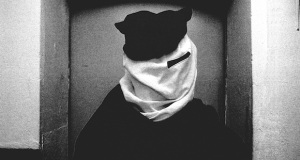 The definition of monster tends to differentiate between the exterior and interior. Oftentimes, we use the word as a descriptive element of something, when other times we’ll use it to convey the inner hate that exudes from a being. If there are, therefore, two parts to this personally contentious term, then how can we willingly attach labels so superficially and without thought? It seems that in gaming there’s been that stigma for many years, potentially because the technology was unable to convey more openly such philosophical quandaries. Now, however, there should be no excuse for not delving into the fleshy, conflicted part of characters as they struggle to control their innate insatiability for blood-lust. We should be free to evaluate whether that makes them the beauty or the beast.

Maybe we should consider that we’re focussing too hard on the fictional characters, and that the monster or man syndrome is more a reflection of our own psyche. We are, after all, initiating the response without stopping to think about those that we’re killing. Often, we can become transfixed and waste days immersing ourselves in the repetitive pattern of talk, kill, money. We, as a group, have no aversion to switching on a console or PC and openly engaging in mindless violence. Gaming has often been seen as a skewed reflection of reality. It has direct and indirect themes that tend to emerge when we take the magnifying glass to the screen. The idea is that there is a monstrosity lurking in all of us, and we’re being allowed an avenue in which to vent and project our own dismally morbid, yet concealed, inclinations. Human beings aren’t pure, we’re not peaceful, we just create distractions that invite us to take our frustrations elsewhere.

It may seem that my angle here is built on damning the lack of evolution in gaming, but it has come leaps and bounds in the past twenty years. In fact, there have been a number of games dedicated to bridging the gap between man and monster. Dragon Age is built on a foundation of decision-making that forces the player into choices that do occasionally make the point that humanity is a finely balanced idea; the multiple paths you can take provide actions and options that fuel that growing inkling you may have overstepped the mark and ended up just as bad as those you’ve deemed evil.

Mass Effect does its part too, presenting us with the Rachni race. They are on the exterior, terrifying insectoid creatures with no intention other than to kill and harvest. The game challenges the player to examine the situation and decide whether damning a species to extinction can ever be justified, particularly when the outcome is just as revolting as leaving the rabid, mutated, warped creatures alive. These types of decisions mirror our personalities, and you’d like to think that the majority of people allowed the Raichni Queen a bit of respite and freedom on their first playthrough. Equally affecting is the Krogan debacle. They were condemned by the galaxy for trying to take over, hence the Krogan Wars that we’re so often reminded about in the game. Nonetheless, for their uprising they were forced to suffer the genophage, which permanently reduced their numbers and doomed them to countless dead offspring. Yet they’re still considered the abnormalities, the real danger. Mordin’s character helps deduce whether this is true, and aims to add some grey to the black and white of the matter. Through characters like him, we’re allowed to consider for ourselves the ramifications of actions and whether they rightly condemn a species to suffer for the rest of their existence. Furthermore, it lets us examine what our choices as puppeteers of these characters fates transform us into. 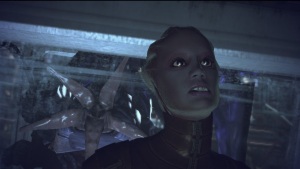 I would assume that this topic isn’t something that we necessarily think about when playing one game or another. We’re actively conscious of our choices and what they might mean for characters that we love or hate, but other than a tiny hat full of titles we’ve never been forced to think about the makeup of our characters in relation to the seemingly throwaway purposes that come with killing. For all the shooting, murdering, blasting and general chaos playable characters cause,there’s very little fallout to what they’re doing. Rarely are we exposed to characters who contemplate their personalities in regards to willy-nilly, sword-infused killing sprees, nor are we shown events dictating the very premise.

The essence of maintaining one’s humanity is vitally important, or at least it should be. Gaming doesn’t always need to lather it on in unusually pious fashion, because it could easily take much away from the inherency of gameplay, but it’s a grown-up enough medium that it can harbour such thoughts through allegory and story. All life is intelligent, some more than others, but if you can’t understand the motivations of another genus then you can’t assume that a character is doing a service by eradicating it all-together. That wolf, dragon or giant that you kill may have left you alone if you just kept on walking by; their motivations might have been plain and simple, they might have ignored you completely as the unimportant dot on the horizon that you could well be. What does it make you when you actively seek out these beasts to hunt? It makes you that which you’re hunting, the presumed monster and that’s not an enviable circumstance to find yourself in.

So, as Geralt of Rivia, I chose to ruminate the very notion; the bifurcation of the situation was such that I possessed two distinct choices. To further my humanity by simply leaving that which is defending its territory be, or to smash them into oblivion.

Thus it was that The Witcher put away his silver sword for his own sake, and in the process turned from the path of monster onto that of man.